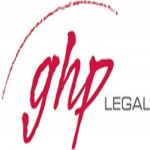 Be the first to review

The success story of GHP Legal began in April 1970 when Gwilym Hughes, Gethin Davies and Clive Jones, all of whom were Partners in the Wrexham & Shotton Practice of Cyril Jones & Co, joined forces to establish Gwilym Hughes & Partners.

In 1991 the partnership expanded further with the acquisition of the long established Llangollen firm, Charles Richards and Sons. Gethin Davies, who lived in the town, headed the Branch. Gwilym Hughes & Partners relocated to new offices in The Malthouse Business Centre,Llangollen in 2008.

A merger in 1996 with Edmund Pickles and Upton of Wrexham saw Pamela Whitley join Gwilym Hughes & Partners as a Partner. Following the merger, the Partnership owned all the buildings in a large triangular area at the junction of Grosvenor Road and Rhosddu Road. The Wrexham site was then redeveloped with the buildings being connected to form one large office complex.

John Lancaster became a Partner of the Firm in 1999, following the retirement of Gwilym Hughes who remained with the Firm as a Consultant until 2002.

There are currently no reviews for this company

All fields are required. Your review will appear immediately.

Thank you for submitting your review.
There was a problem submitting your review. Please try again later.
Incorrect password. Please try again.
You cannot review your own business
Reviews are limited to one per user and you have reviewed this business before.
The email address you have entered is already registered. If you have forgotten your password use the 'Forgotten your password?' link to reset it.